It is no secret that combat sports are incredibly dangerous, and present a serious risk to the health of the participants. Why do you think those at the very top have such lucrative careers with million-dollar paydays!

But, there is a common argument on which combat sport presents the biggest dangers. Is it boxing or is it MMA? Well, you can form your own opinion after you’ve read the science.

Quick Introduction to Boxing and MMA 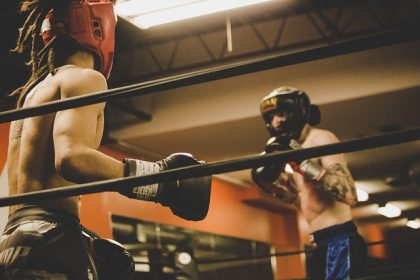 Boxing is a sport that goes back centuries and has since evolved tremendously. Gone are the days when men would step in the four-sided ring without an official licence.

In addition, gone are the days when men would brawl for fifteen hard rounds.

Now, boxing is refined. Championship fights consist of twelve 3-minute rounds and so much more training is performed in the build-up.

Ultimately, boxing is summed up by the old adage that goes, “hit but don’t get hit”. 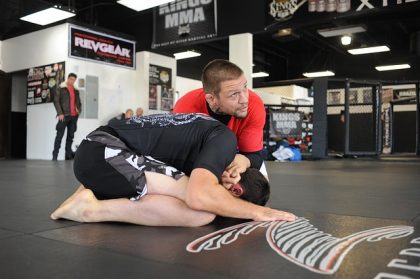 On the other hand, MMA is the art of intertwining several different fighting forms to create one style. It is a mixture of striking and grappling.

To be competent at MMA, a fighter has to master arts such as boxing, Muay Thai, Brazilian jiu-jitsu, judo and wrestling.

Also, as the bouts take place in a larger ring, known as an octagon (due to its eight sides), the number of rounds tend to be between 3 and 5. That said, round times tend to be more than the three-minutes you’d see in boxing.

Now, let’s get to the exciting part, and that’s determining which one is more dangerous…

Is MMA safer than boxing? What a 2015 study reveals…

From the outside, you’d straight away judge MMA as being by far the more brutal. After all, you can kick, knee and punch to the head, ground and pound, and perform lethal submission locks.

However, boxing is comprised of constant powerful punches to the head over a potential 36-minute period. Although you may witness an awful amount of blood during MMA bouts, the more severe and long-term injuries are more likely in boxing.

Here’s what research conducted by the University of Alberta reveals (based on a 10-year study of 1,181 MMA fighters and 550 boxers who had fought)…

Research has revealed that 59.4% of MMA fighters have experienced some kind of injury during a bout. This is higher than boxing (49.8%).

Further  in the study, a large portion of MMA injuries were bruises, cuts and muscular issues. Yet, injuries in boxing included loss of consciousness, severe eye injuries, broken bones or head trauma.

Boxers were also much more likely to experience a loss of consciousness (7.1% compared to MMA’s 4.2%). Also, the statistics for serious eye injuries also pointed towards boxing being more dangerous; the chances were 1.1% in comparison to 0.3%.

Sports medicine physician at the Glen Sather clinic, Shelby Karpman, who was part of the research, stated…

“Yes, you’re more likely to get injured if you’re participating in mixed martial arts, but the injury severity is less overall than boxing. Most of the blood you see in mixed martial arts is from bloody noses or facial cuts; it doesn’t tend to be as severe but looks a lot worse than it actually is.”

On closer inspection, many boxers have died as a result of the constant blows to the head. Many more have retired with impaired cognitive functions and brain damage.

All in all, you are likely to get injured in both MMA and boxing matches. These risks are due to the nature of competitive combat sports. But, the majority of injuries in MMA are cuts, whereas those in boxing are trauma to the head.

Therefore, boxing injuries are far more severe and can have lasting damage on the eyes and brain.

What are your thoughts?