Forming symbols with his hands, the ninja mutters some strange words. In an instant, he becomes calm but eerily alert.

This ritual of ninja hand signs is called Kuji (aka. Kuji-Kiri and Kuji-in). The historical ninja used it to invoke supernatural powers when in danger… supposedly.

Now, all that sounds like superstitious mumbo-jumbo. So, is there any science to back this up?

What You Will Learn About Ninja Hand Signs

The origins of Kuji-Kiri is hotly debated, with some experts believing it was from China or India.

Nonetheless, once imported into Japan, Tendai Buddhism, Shugendo and Shintoism influenced the practice. These Japanese practices were likely the sources of ninja hand signs.

Each symbol has a specific meaning. So, to invoke a specific ability, you have to perform the correct symbol.

For example, if a ninja gets injured, he’d perform the Kuji symbol for healing (while in a meditative state).

In other words, Kuji-Kiri is like a meditative prayer. This combination of hand signs, breath, and visualization induces a powerful mental state.

So, does Kuji-Kiri really give supernatural powers?

No. There is no proof of people gaining extraordinary senses or healing powers.

What Kuji does is to trigger a specific mental state for a shinobi. This optimal state of mind helps him function well under stress. It may also create the ideal conditions for his body to recover a tad faster.

For example, the power to foresee danger is just the intuition of an experienced warrior. Kuji-Kiri simply triggers an alert state of awareness, to make that intuition sharper.

What does science say about Kuji-Kiri? 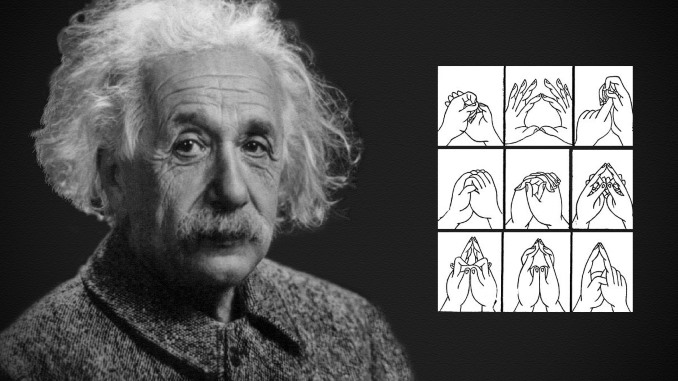 Thus far, there’s only one study on Kuji-Kiri (from Mie University). But, we can refer to studies on similar practices (like meditation and yoga) for a better understanding.

So, on to the science…

The one study on Kuji-Kiri was done by Mie University (School of Medicine). It observed 15 “ninja professionals” – people experienced in the practice of Kuji-Kiri – in their experiments.

This two-part study was also featured at the Miraikan’s “The Ninja: Who Were They?” exhibition.

In the first experiment, the study compared changes in brainwaves and heartbeat (before and after performing Kuji-Kiri).

Here’s what they found:

The next experiment compared the fight-or-flight response of participants (before and after performing Kuji-Kiri).

Within moments of doing ninja hand signs, the participants experienced:

Kuji-Kiri keeps the mind calm, while still maintaining alertness. The near instantaneous effect it has makes it useful in fight-or-flight situations.

This sheds light on why the ninja used it so extensively and make Kuji-Kiri worthwhile for martial artists and self-defence instructors to study.

Interestingly, the brainwave results are similar in studies about meditation. The one advantage Kuji-Kiri has over meditation is its speed of inducing a calm state of mind.

But, of course, only someone competent in Kuji-Kiri can change their mental state quickly. Familiarity with each hand sign and loads of meditative practice makes a difference.

So, Kuji Kiri does have observable physiological effects on a person. Anything more than that, like outright invisibility or mind-reading, is bullshit.

There are many ancient and modern practices that work the same way as Kuji-Kiri. All of them enable you to alter your state of mind. Meditation is like Kuji-Kiri, without the dynamic hand gestures.

It puts you in a state of deep relaxation, while still keeping you alert. Some forms of meditations can even boost your ability to deal with stimuli.

Unlike meditation, Kuji-Kiri produces the effect in an instant.

Yet, Kuji-Kiri is still a form of meditation. In the early stages, you meditate to associate each gesture with a powerful mental state. With enough experience, all you need is a few hand signs to trigger a specific meditative state.

That’s likely why the ninja favoured Kuji when in danger. The power to change their state of mind instantaneously would have been essential for survival. The use of hand gestures is not unique to Kuji-Kiri.

In fact, yoga has a set of hand gestures (known as mudras). It also uses asanas (poses) and pranayama (breath control).

When used with CBT (Cognitive Behavior Therapy) techniques, it lowers stress significantly. And helped students feel a sense of well-being (in this study). Qigong is a form of movement meditation that produces a relaxed mental state.

It has parallels to Kuji-Kiri in that the repeated movements trigger an optimal state of mind.

Despite Qigong’s health benefits, it wouldn’t have been practical for ninjas to use when on the run. Hypnosis is often seen as a stage trick.

Yet, some doctors consider it the oldest form of psychotherapy.

After all, with hypnosis, it’s possible to treat pain and anxiety without the use of drugs. Brain imaging even reveals that hypnosis can block pain signals.

This leads me to believe that Kuji-Kiri may also have been a form of self-hypnosis. NLP (Neuro-linguistic Programming) is a discipline that helps you change your behaviour, by understanding the language of your mind.

In particular, the NLP anchoring technique seems like the modern version of Kuji. Anchoring works like this…

The “anchor” is a gesture, touch or sound that triggers a specific mental (or emotional) state. Through repeated hypnosis and visualization, the anchor gets associated with the mental state.

And then when a situation calls for it, the person can trigger the anchor.

In 2010, the anchoring technique helped 76% of patients overcome claustrophobia (and anxiety). This enabled them to undergo MRI scans, with usable images.

A radiographer first identified the exact trigger of the patient’s anxiety. He then dismantled the fear associated with that trigger.

Later on, he anchored the positive memories of a patient to a touch on their shoulder. This simultaneous process enabled these patients to reduce their anxiety.

That said, more studies need to be done on NLP to confirm its effectiveness.

Bottomline: Kuji-Kiri and other practices

There are parallels between Kuji and other practices. And, they all seem to rely on proven meditative principles to change a person’s mental state.

This makes meditation useful for modern-day warriors like yourself.

But, for something that’s quick-to-use (when in danger), ninja hand signs and NLP anchoring is the way to go.

And, if this isn’t clear enough, ninja hand signs won’t give you any supernatural powers… Don’t walk around the streets naked!

5 Reasons Why I Love the Spartan Race