Everyone has their own reasons for martial arts wanderlust. Some of us seek Muay Thai in Thailand to soak in the culture, while others believe learning the art at its birthplace is far more authentic.

Regardless of the reason, one thing is clear…

Muay Thai camps in Thailand must have something that you can’t find in your own country.

And, here are some reasons that may just compel you to take that flight to Bangkok (or wherever in Thailand) to train. 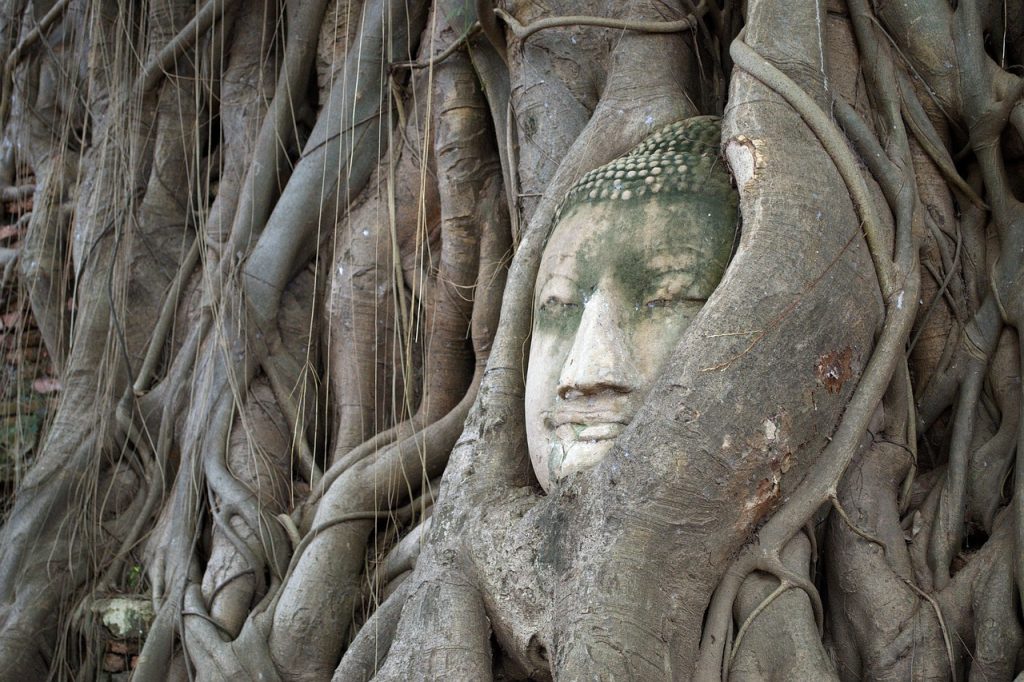 When you do Muay Thai at its birthplace, you immerse yourself in the culture. Seemingly strange rituals and techniques begin to make sense.

However, culture immersion is not limited to training at the Muay Thai camp. Culture goes beyond hearing the trainer yell: “Jab!”, “Sok!”, and “Te!” (Jab, elbow strike and kick). It goes beyond donning a mong kon for the ram muay ceremony before a ring fight.

Those are small samples of Thai culture.

Your cultural immersion begins the moment you step out of Suvarnabhumi Airport. When you stroll along the uneven pavements of Bangkok and watch locals going about their day:

That’s culture in its rawest form – the behaviour, language and social hierarchy (that sometimes hints at warm affection, and at other times, ice-cold indifference). 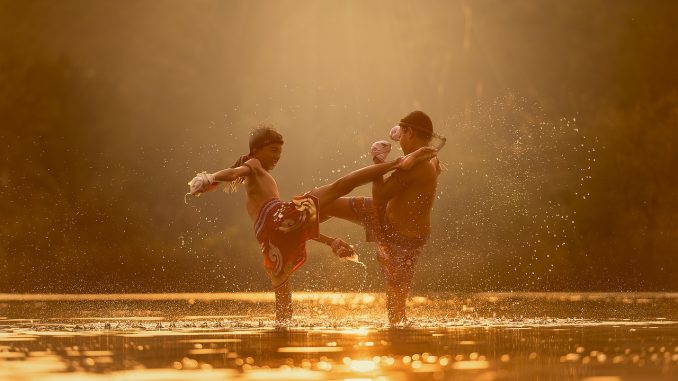 Outside of Thailand, training often revolves around common techniques. You don’t really get round to them. Trainers also tend to neglect the philosophy and values that underpin Muay Thai.

There are three possible reasons why.

No matter the reason, the fact remains that you aren’t getting Muay Thai in its entirety. There are gaps.

Therein lies the appeal in learning Thai boxing from the source.

Many Muay Thai camps instruct students in the complete syllabus from start to end. Some camps are backed by the Royal Thai Ministry of Education, World Muay Thai Council and Muay Thai Institute.

Even better… if you’ve ever watched Ong Bak, you would have seen Muay Boran (Muay Thai’s ancestor art) in action.

In Thailand, you’re well placed to train with a number of Muay Boran khrus (masters). Among the many, I’ve personally observed Khru Suphan Chaibaram’s class at Be Muay (in Bangkok).

Until the 1990s, no Thai government organisation existed to regulate Muay Thai. There was neither a recognized curriculum nor certification standard. This changed when the Muay Thai Institute (MTI), founded in 1997, established both.

Despite that change, trainer certificates were not widely sought after by local Thais.

After all, trainers within the kingdom were former fighters. They had already proven their skills in numerous bouts in the ring.

Furthermore, any respectable camp could easily identify competent trainers. This made any certification a mere formality.

In contrast, Muay Thai gyms outside of Thailand – generally – don’t possess an expert eye for good trainers. A trainer may get hired without an MTI certificate, and with no recommendation by a respectable khru (master). All they may need is some fight experience on their resume.

Therefore, trainers in Thailand are more likely to be qualified for the job. Because Muay Thai is such a serious sport, no respectable camp is going to hire an incompetent trainer. 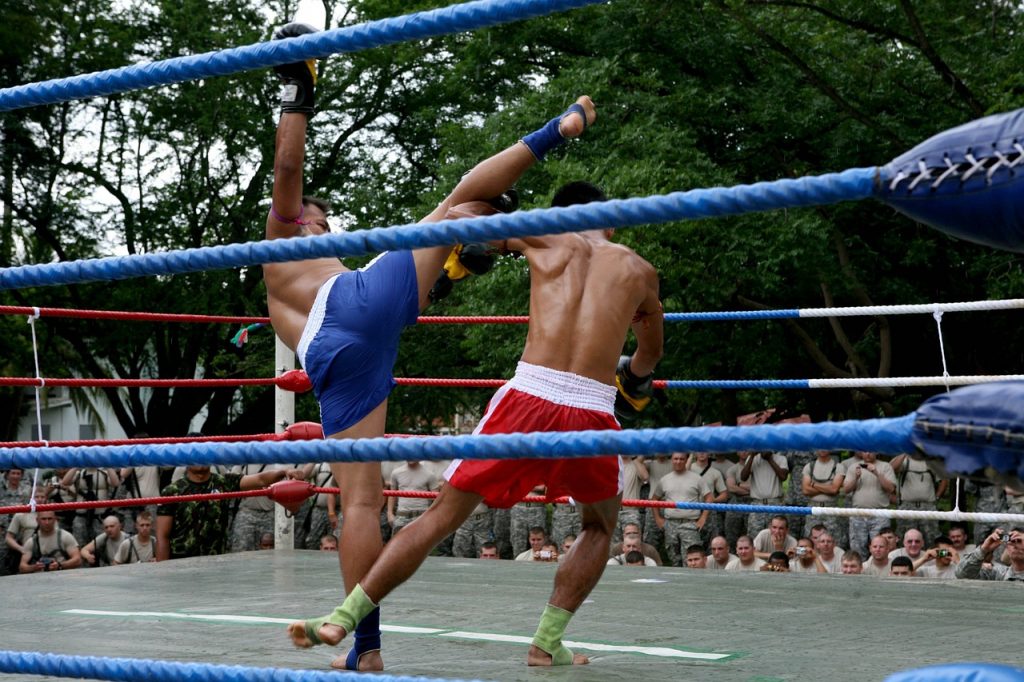 Needless to say, Muay Thai is a national obsession in Thailand. Fights are organised even beyond the prestigious venues of Lumpinee and Rajadamnern Stadiums. It’s not uncommon to witness makeshift rings at temple fairs, festivals, and even high-profile funerals.

As a result, Muay Thai athletes there have many avenues to refine their skills. The likelihood of finding a high-calibre training partner is much higher. So, knock yourself out and test out your clinching.

Note: Don’t expect to jostle with top-tier fighters at your gym if you’re a novice.

Countless people have romanticized how it’d be like to do Muay Thai in Thailand. They see the culture through rose-tinted glasses and shut their eyes to uncomfortable truths.

Reality has nuances, and no martial art is completely good or bad.

When you travel to train, you gradually dismantle Muay Thai’s exotic facade. Where all was perfect, cracks start to form.

You begin to wonder if most people watch fights for tradition or just because they’ve placed bets on a fight. You get a hint at how profit-driven the entire industry is, sometimes at the detriment of the nak muay (professional Muay Thai fighter).

So, really, what lies beneath your romanticized notion of Muay Thai?

Go there, train in Muay Thai and experience the culture for yourself. Be it a short vacation or long-term immersion, you will stand to gain from your experiences there.

Note: If you intend to train in Thailand seriously, and need some sound advice on how to make arrangements (without falling for scams), read the Thailand Training Guide by Bill. Fair warning that some of the contents aren’t politically correct.

Planning a Muay Thai trip to Thailand? This is for you.

Find out how to save money (on accommodations), pick the right gyms, and avoid common scams. 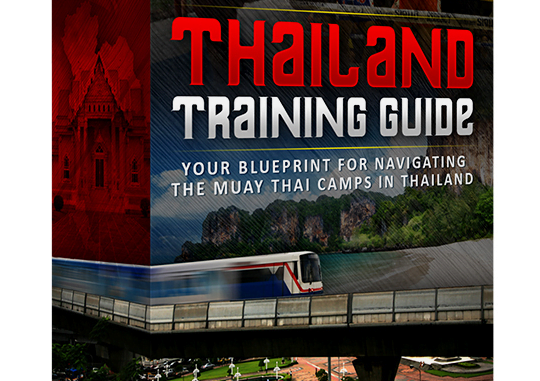 Learn More About Training in Thailand

How to Protect Your Data When Traveling in 6 Steps? – Ninja Adventurer